Walking the Dog for Barramundi

We flew down to Mackay to shoot a profile angler video starring our pro-staff Mick Hassett, who has been landing an incredible amount of different species around his hometown in Australia. When I asked him what kind of fish he would feature in the video he had no doubt: barramundi.

So we packed everything and flew over to embark on a three-day fishing expedition and shooting to put the video together. Alarms set to go off at 3.30am, we fished for an average of 14 hours a day, targeting some of the local best spots ranging from dams to river mouths around Mackay on Mick’s boat. We spent the first day on a small river closer to town, where I got acquainted with local Jacks and familiarised with the type of fishing required and – most importantly – I witnessed the impressive tide swings they have there.

On the second day we were scheduled to hit water by 5am and move close to the ocean to try our luck with topwater lures. Casting at dawn is one of those things I have always struggled to describe to my non-fishing friends, when you feel most closer to the nature surrounding you and when expectations are still building up for the fishing ahead in the day. The silence around us and on the boat was filled with anticipations, as we were all silent and focused on the fishing, with the only sounds being the lure landing on the water and the splash of it being worked on the surface.

One hour went by like this, hammering the same spot, casting towards the mangroves as the tide was at its highest. Mick was casting a medium-size popper while I was using a stickbait, thereby differentiating our topwater approaches to see which one would work. Picture the sound of them being retrieved… pop-pop-pop-pop… The sun was rising behind the island in front of us, so I remember I could just hear my lure and feel it on my rod as I was walking the dog all the bay back, catching a glimpse of it in the sun reflection on the water, warming up our faces and clearing up the midst on the water surface.

First thing I remember was the sound of it, the break in the rhythm of my retrieve. The pull was not followed by the expected pop and I felt the rod tip bending forward. I struck and set the hook and that barra went immediately fight mode. It was feeling heavy but most of all it was feeling powerful and swift, diving down towards the bottom and just jumping and splashing around a moment later. The rod was buffering those runs well, drag not engaged yet but likely to be as soon as the fish would have approached the side of the boat.

It took a while to lead it towards the net and had to engage the drag as he dove down just right under the boat but I finally got it. It looks huge in the net, not very long but a thick fish, we wet the board and measured it just for the record. The tail of my first decent fish on topwater stops right below one meter. A good fish even if not a giant considering the potential of the area, but catching it on topwater was one of the most thrilling hits I ever had. 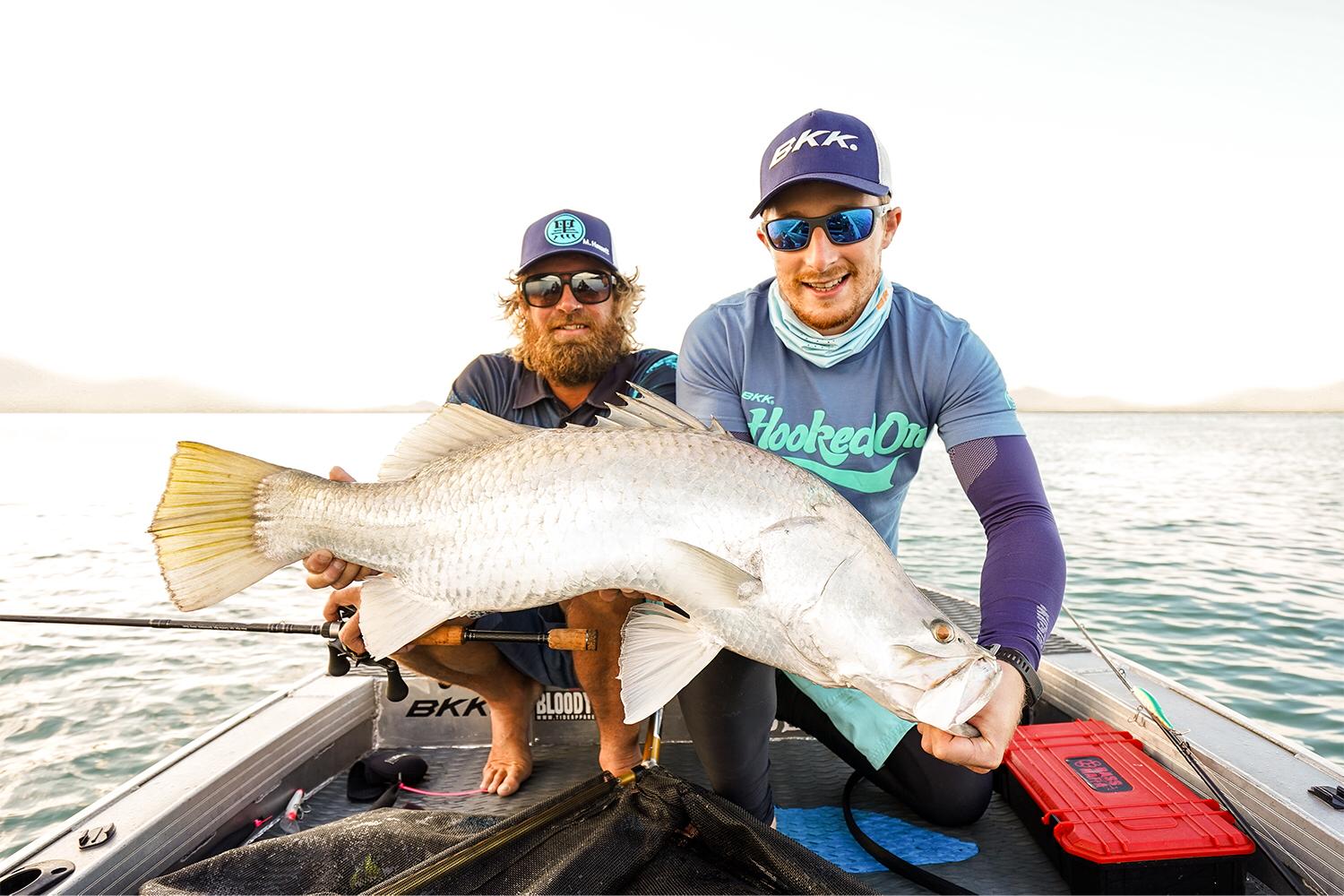